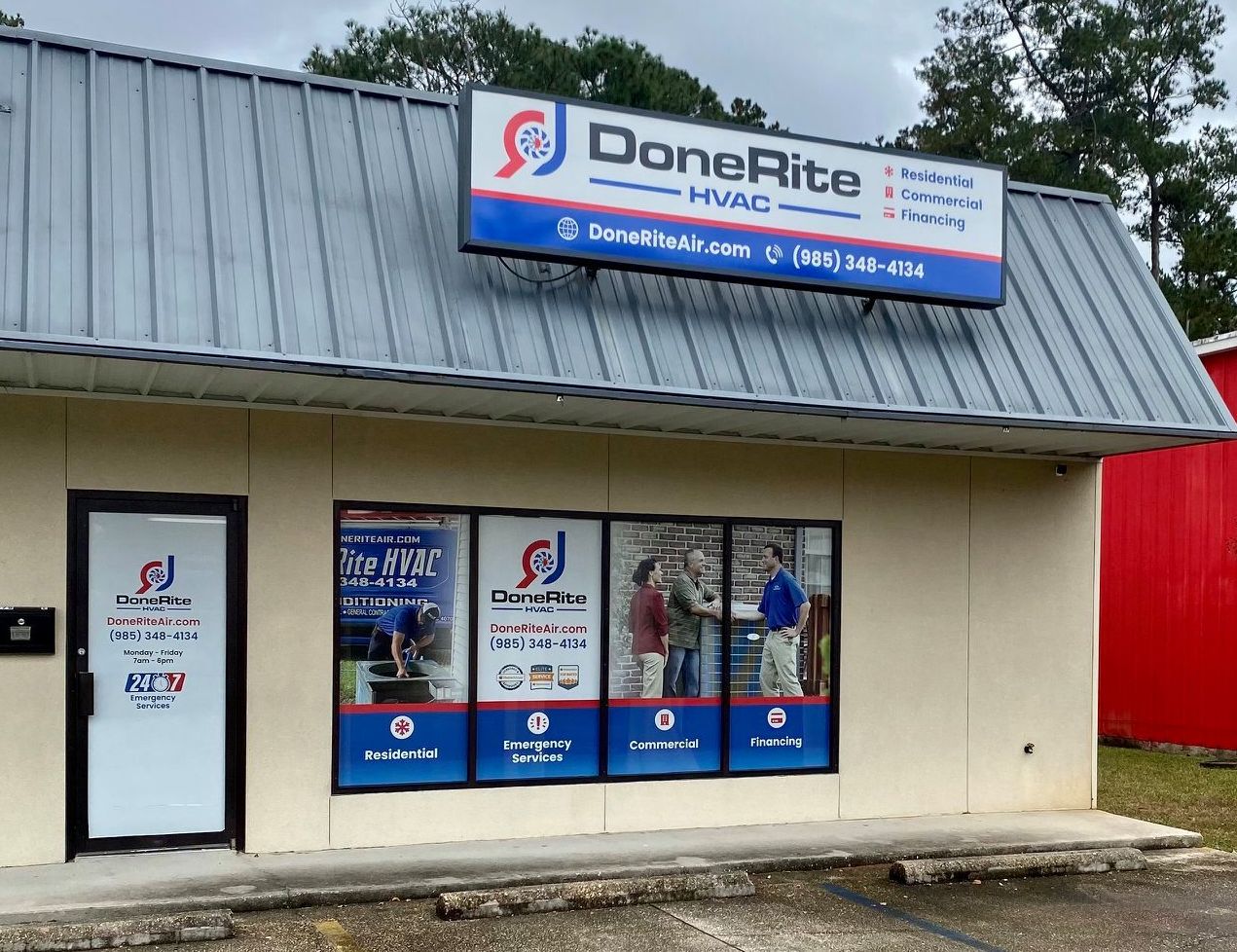 If you need professional AC repairs, maintenance, or complete system installations, look no further than DoneRite HVAC. DoneRite HVAC provides you with fast, reliable heating and air conditioning services you can count on! Contact us today for a free estimate in the Covington, LA area.

DoneRite HVAC was founded in 2001 by Gary Richardson. Gary’s knowledge and experience includes five years of education and training through the IBEW, where Gary worked with some of Baton Rouge’s top electrical companies, as well as the electrical supervisor of the Baton Rouge General Health system. Although initially electrical was his primary field of expertise, Gary has since acquired his state license as not only an electrical contractor, but also a general contractor and mechanical contractor in the state of Louisiana.

Now almost 20 years later DoneRite HVAC, is owned and operated by his son Garrett Richardson. Garrett is a graduate from LSU in construction management. He has worked and learned from his father since he was in high school. Garrett has also obtained his own Statewide Mechanical License for Louisiana and strives to keep the work ethic and customer service precedent set before him. DoneRite HVAC is still proudly family owned and operated, and is relentless in its pursuit of providing unmatched customer service based off being honest and reliable